The very best in cancer treatment...

The center is dedicated to providing a range of Medical, Surgical Oncology and Hematology services for all forms of cancers and haematological malignancy, with a dedicated team led by Medical & Surgical Oncologists. The services we offer in medical oncology are listed below:

Early Screening For All Types Of Cancer: 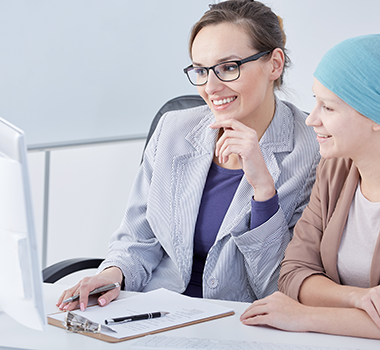 PROFESSIONAL ADVICE FROM AN ONCOLOGIST 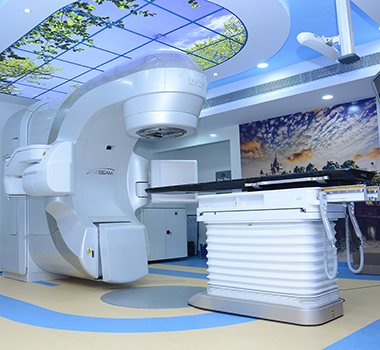 PROFESSIONAL ADVICE FROM AN ONCOLOGIST

What is radiation therapy?

The radiation may be delivered by a machine outside the body (external-beam radiation therapy), or it may come from radioactive material placed in the body near cancer cells (internal radiation therapy, also called brachytherapy).

Systemic radiation therapy uses radioactive substances, such as radioactive iodine, that travel in the blood to kill cancer cells.

About half of all cancer patients receive some type of radiation therapy sometime during the course of their treatment.

Where is treatment carried out?

Radiation therapy is carried out at our sister Hospital, Alexis Multispecialty Hospital, with state of the art equipment, facilities and experienced faculty & staff, is wholly committed to highly personalized and comprehensive cancer care. Patient centric focus, multidisciplinary approach, personalized, cost effective solutions with utmost care to all medical needs of the patient coupled with administrative needs are meticulously looked into by a team of experienced medical and administrative teams.

Patients are the focus of everything done at Alexis, where they are informed of all ongoing progress. Their mission is to advance patient care, education and research continuously to change the course of cancer care. We are best known for our leading edge cancer therapies and we take particular pride in the compassion and dedication of our doctors, nurses and other health care staff.

The sole focus at Alexis is to cure cancer. They follow the current standards of care and treatment protocols for each type and stage of cancer. Their doctors have unprecedented expertise in diagnosing and treating all types of cancer and they use the latest technology and the most innovative, advanced therapies to increase the chances of a cure.

Cancer cells whose DNA is damaged beyond repair stop dividing or die. When the damaged cells die, they are broken down and eliminated by the body’s natural processes.

No, radiation therapy can also damage normal cells, leading to side effects.

Doctors take potential damage to normal cells into account when planning a course of radiation therapy. The amount of radiation that normal tissue can safely receive is known for all parts of the body. Doctors use this information to help them decide where to aim radiation during treatment.

Why do patients receive radiation therapy?

Radiation therapy is sometimes given with curative intent (that is, with the hope that the treatment will cure a cancer, either by eliminating a tumor, preventing cancer recurrence, or both). In such cases, radiation therapy may be used alone or in combination with surgery, chemotherapy, or both.

Radiation therapy may also be given with palliative intent. Palliative treatments are not intended to cure. Instead, they relieve symptoms and reduce the suffering caused by cancer.

Some examples of palliative radiation therapy are:

How is radiation therapy planned for an individual patient?

A radiation oncologist develops a patient’s treatment plan through a process called treatment planning, which begins with simulation.

During simulation, detailed imaging scans show the location of a patient’s tumor and the normal areas around it. These scans are usually computed tomography (CT) scans, but they can also include magnetic resonance imaging (MRI), positron emission tomography (PET), and ultrasound scans.

CT scans are often used in treatment planning for radiation therapy. During CT scanning, pictures of the inside of the body are created by a computer linked to an x-ray machine.

During simulation and daily treatments, it is necessary to ensure that the patient will be in exactly the same position every day relative to the machine delivering the treatment or doing the imaging. Body molds, head masks, or other devices may be constructed for an individual patient to make it easier for a patient to stay still. Temporary skin marks and even tattoos are used to help with precise patient positioning.

Patients getting radiation to the head may need a mask. The mask helps keep the head from moving so that the patient is in the exact same position for each treatment.

After simulation, the radiation oncologist then determines the exact area that will be treated, the total radiation dose that will be delivered to the tumor, how much dose will be allowed for the normal tissues around the tumor, and the safest angles (paths) for radiation delivery.

The staff working with the radiation oncologist (including physicists and dosimetrists) use sophisticated computers to design the details of the exact radiation plan that will be used. After approving the plan, the radiation oncologist authorizes the start of treatment. On the first day of treatment, and usually at least weekly after that, many checks are made to ensure that the treatments are being delivered exactly the way they were planned.

Radiation doses for cancer treatment are measured in a unit called a gray (Gy), which is a measure of the amount of radiation energy absorbed by 1 kilogram of human tissue. Different doses of radiation are needed to kill different types of cancer cells.

Radiation can damage some types of normal tissue more easily than others. For example, the reproductive organs (testicles and ovaries) are more sensitive to radiation than bones. The radiation oncologist takes all of this information into account during treatment planning.

The area selected for treatment usually includes the whole tumor plus a small amount of normal tissue surrounding the tumor. The normal tissue is treated for two main reasons:

Why are some types of radiation therapy given in many small doses?

Patients who receive most types of external-beam radiation therapy usually have to travel to the hospital or an outpatient facility up to 5 days a week for several weeks. One dose (a single fraction) of the total planned dose of radiation is given each day. Occasionally, two treatments a day are given.

Most types of external-beam radiation therapy are given in once-daily fractions. There are two main reasons for once-daily treatment:

In recent decades, doctors have tested whether other fractionation schedules are helpful, including:

When will a patient get radiation therapy?

Radiation therapy given after some types of complicated surgery (especially in the abdomen or pelvis) may produce too many side effects; therefore, it may be safer if given before surgery in these cases.

After cancer treatment, patients receive regular follow-up care from their oncologists to monitor their health and to check for possible cancer recurrence.

External-beam radiation does not make a patient radioactive.

During permanent brachytherapy, the implanted material will be radioactive for several days, weeks, or months after the radiation source is put in place. During this time, the patient is radioactive. However, the amount of radiation reaching the surface of the skin is usually very low. Nonetheless, this radiation can be detected by radiation monitors and contact with pregnant woman and young children may be restricted for a few days or weeks.

A patient’s doctor or nurse will provide more information to family members and caretakers if any of these special precautions are needed. Over time (usually days or weeks), the radioactive material retained within the body will break down so that no radiation can be measured outside the patient’s body.

What are the potential side effects of radiation therapy?

Acute radiation side effects are caused by damage to rapidly dividing normal cells in the area being treated. These effects include skin irritation or damage at regions exposed to the radiation beams. Examples include damage to the salivary glands or hair loss when the head or neck area is treated, or urinary problems when the lower abdomen is treated.

Most acute effects disappear after treatment ends, though some (like salivary gland damage) can be permanent.

Fatigue is a common side effect of radiation therapy regardless of which part of the body is treated. Nausea with or without vomiting is common when the abdomen is treated and occurs sometimes when the brain is treated. Medications are available to help prevent or treat nausea and vomiting during treatment.

Second cancers that develop after radiation therapy depend on the part of the body that was treated. For example, girls treated with radiation to the chest for Hodgkin lymphoma have an increased risk of developing breast cancer later in life. In general, the lifetime risk of a second cancer is highest in people treated for cancer as children or adolescents.

Whether or not a patient experiences late side effects depends on other aspects of their cancer treatment in addition to radiation therapy, as well as their individual risk factors. Some chemotherapy drugs, genetic risk factors, and lifestyle factors (such as smoking) can also increase the risk of late side effects. 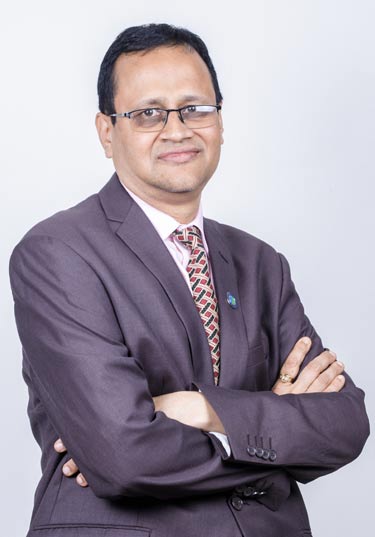 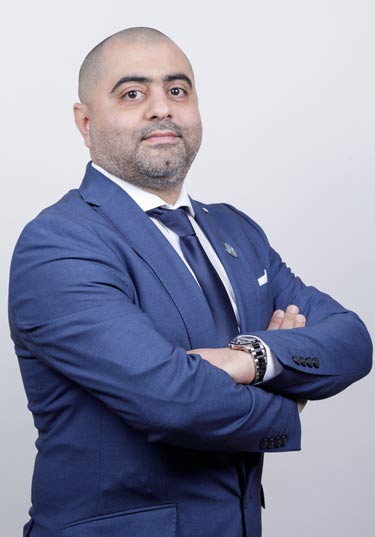 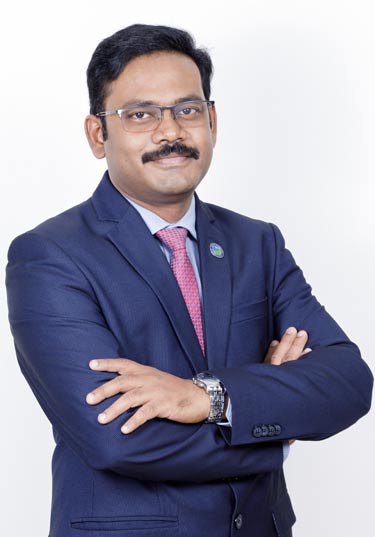 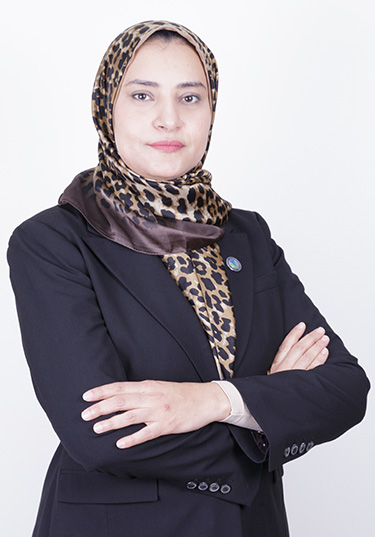 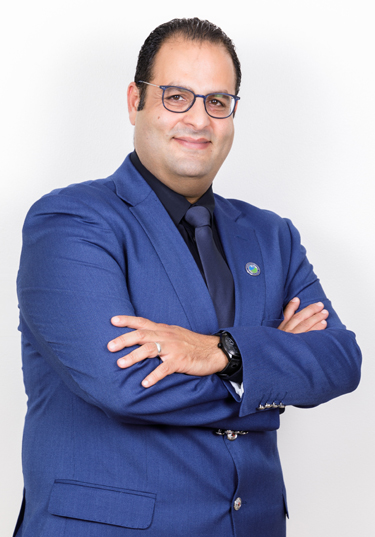 advice from a qualified oncologist

presenting the Dubai Quality Award to 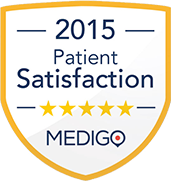 Zulekha Hospitals is proud to receive

Recognition is for companies receiving
an excellent satisfaction rating.

The European Accreditation Council for
Bariatric Surgery, has awarded:

With the Centre of Excellence for Bariatric and Metabolic Surgery accreditation.

Zulekha Hospital Oncology Department
proud to be a member of UICC

Zulekha Hospital Sharjah is a full-fledged, multi-disciplinary hospital with Out-patient and In-patient facilities. What started off as a 30 bed set up with basic facilities for gynecology, obstetrics, surgery, medicine and pediatrics in 1992, today boasts of 185 beds, sprawled over an area of 290,000 square ft.